Japan, Nagoya. March/03/2007. ..?Robots to Ride? Captivate Japanese Children...Debuting in the 1970s was ?Mazinger Z,? a comic book robot hero created by Go Nagai, for which the author is believed to have received a hint from research into the concept of ?robots to ride? being advanced by the U.S. military. With this as the start, animated versions of giant weapon robots operated by onboard pilots (the so-called ?super robot? genre) soared to runaway hit status among the children of Japan. ?Superalloy,? the heavy die-cast toy brand, made a perfect partner for the image of the ?Castle of Iron? super robot. In a very real sense, the synergistic effects of the images cast by animation and toys dramatically captured the imaginations of the young boys of that era. 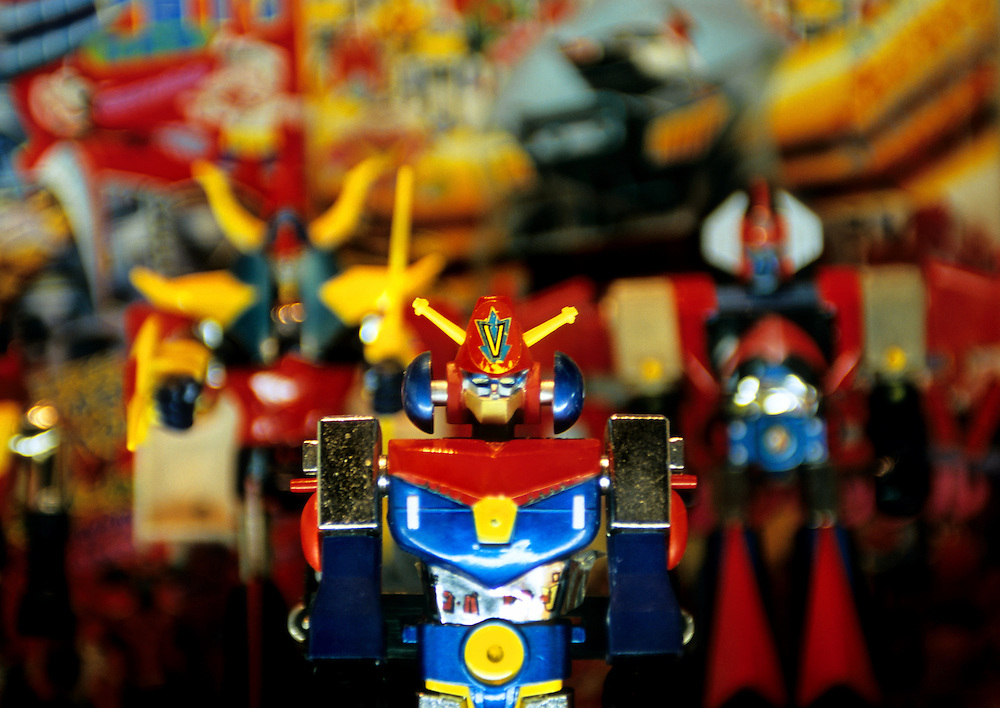