Japan, Nagoya. March/03/2007. ..Toy Robots Made of Tin...For many people, the word ?robot? still brings to mind the image of a tin man walking around with spring mechanisms. In fact, the world?s first simple robot toy is said to have been the tin-fashioned ?Lilliput,? created in Japan in the late 1930s and exported overseas. Tin robots, initially cheaply made from empty cans, after World War II were produced in more full-fledged fashion. As automation gave product form to a steady stream of ingenious ideas the period from the 1950s to the 1960s produced a long list of masterpieces, setting the stage for the golden age of robotics. 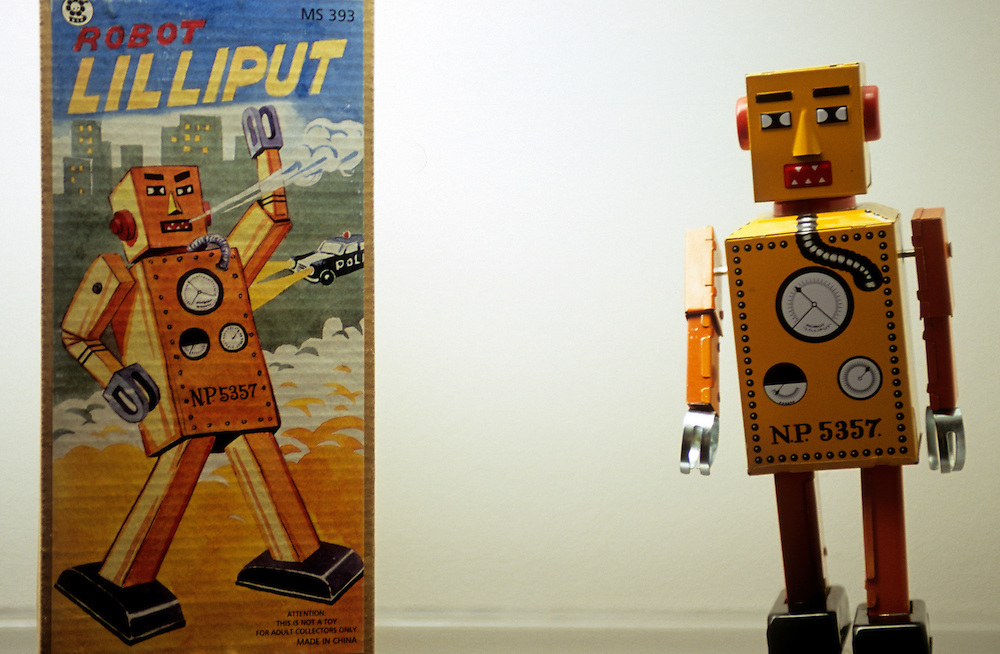