Japan, Nagoya. March/03/2007. ..Asimov?s ?Three Laws of Robotics?...Overlapping with the image of consumer electronics, robots rose to become a far more familiar presence among the general public. Within these changes, legendary science fiction author Isaac Asimov coined the ?Three Laws of Robotics.? In reality, these principles were also akin to the ?safety,? ?reliability? and ?indestructibility? demanded of consumer electronics. With the introduction of his three laws, Asimov?s robot-theme novels assumed a twist close to that of an intellectual game. This also had a major influence on actual robotics R&D to follow, with researchers treating the three laws much like a so-called ?robot constitution.? 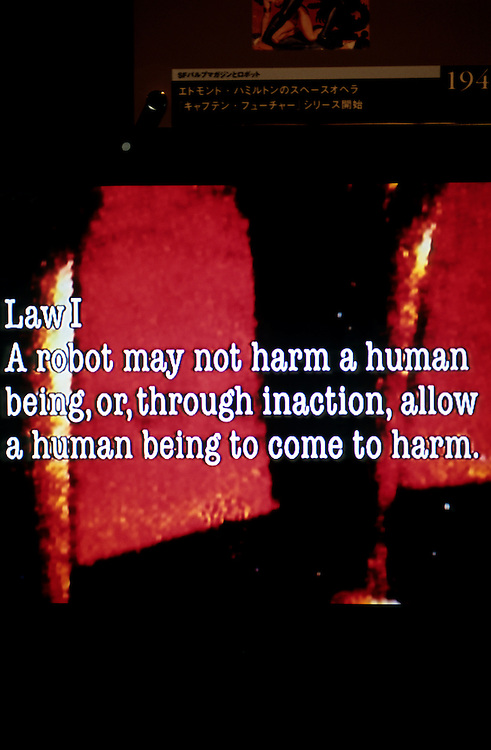