Japan, Nagoya. March/03/2007. ..Dynamic Bipedal Robots Create a Commotion...Honda began a program of stealthy research into the development of bipedal robots from the mid-1980s. With the unveiling of the ?P2? as the fruits of this long-term project in 1998, two-legged robotic mobility viewed as largely impossible up to that point was effectively realized, sending shockwaves around the world. After this Honda robots evolved into the ?P3? and ?ASIMO,? with similar research picking up steam at other companies and universities as well. The bipedal robots that walked like human beings, ?humanoid robots? and other varieties were created in shapes and configurations well suited to the collaborative work and support needed in human society. 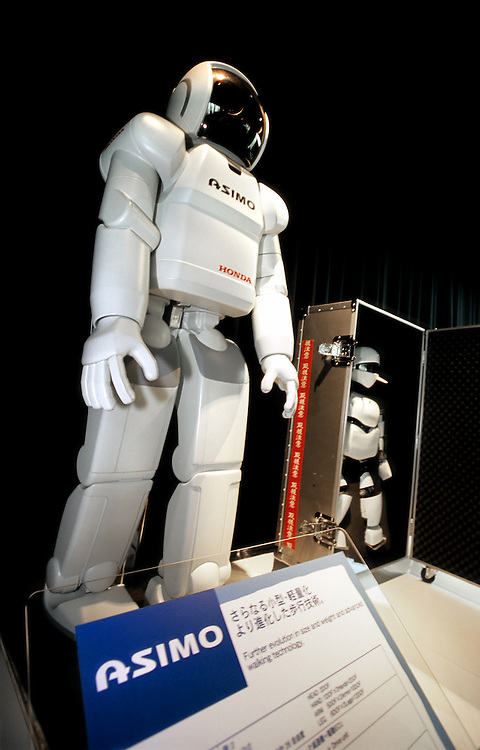