Japan, Nagoya. March/03/2007. ..Dawning of the Robot Image...Steam engines used in factories evolved into steam-powered trains, automobiles operated by individual human beings soon appeared and machines otherwise became a part of everyday life. People started to imagine what the future might be like. They wondered what would happen as dolls made of soft cloth changed into to machine-produced artificial bodies and android type creations. What would happen to the world if these mechanisms took over for human beings? ?Steam men? were created for display, tin toys came to be sold everywhere and other signs appeared of the impending ?robot era.? 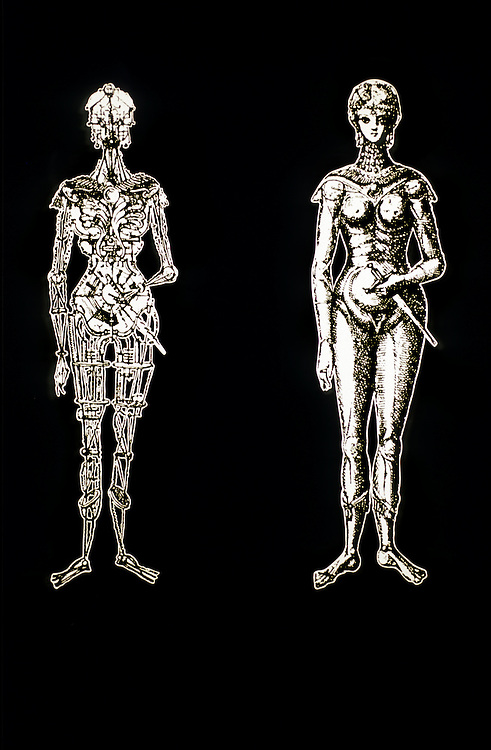